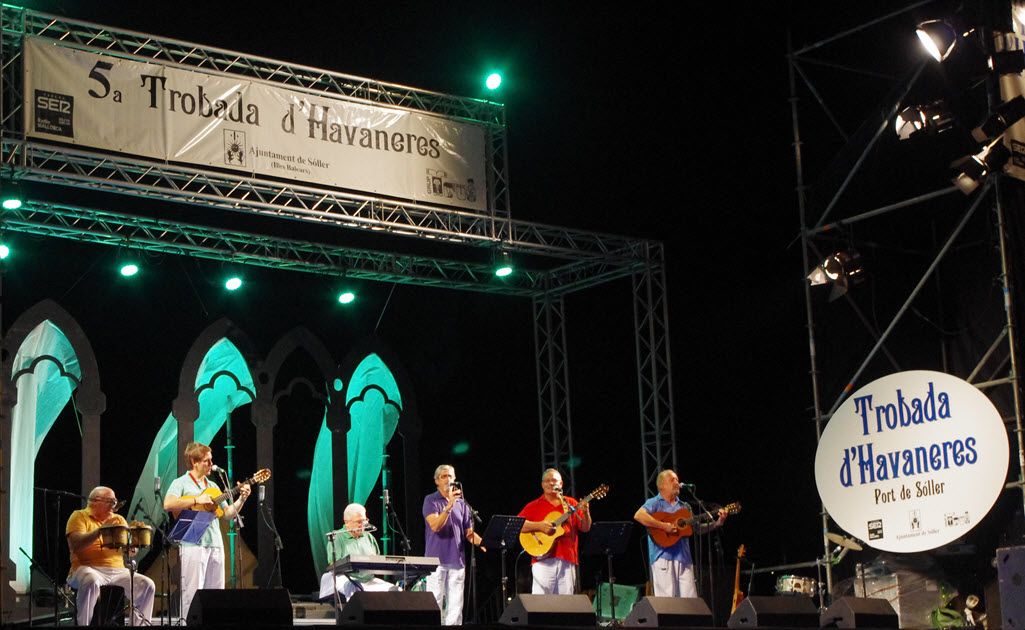 The habanera is a music genre originating in the island of Cuba in the first half of the nineteenth century, whose name: “habanera”, is usually associated with Havana, the capital of Cuba. Although there are doubts with regard to its real origin, the true thing is that it was born in Cuba, and its rhythm resembles the “Cuban dance”, of which well it could be born with influence of the ancient “tango” of Spain and Cuba. 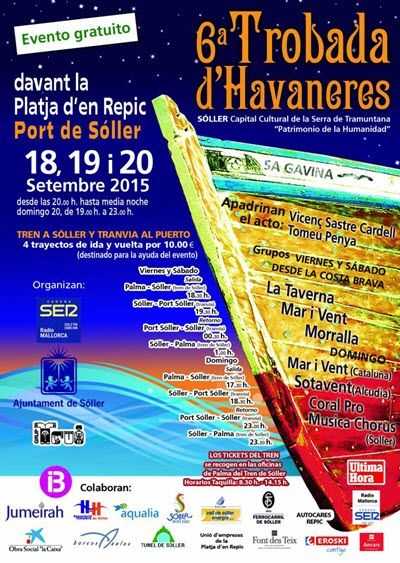 We must understand that Cuba, since 1492 and by its own history, has been a melting pot of cultures that have been mixing until today. Aboriginals of Cubanacán (aboriginal name of the island), conquering Spanish and African blacks of different ethnic groups, with different languages, have done that the culture, the art and also the Cuban musician was forming with elements of all these peoples. However, the Spanish Renaissance was that predominated: black “Freedmen” ended up taking the craft of musicians in the style of the European orchestras of the time. Already from the XVIIIth century in Spain musical genres are known “come from America”, of Havana, as the chacona, the contredanza or the zarabanda.

The continuous flow of sailors and merchants in the West Indian lands made this genre became the first that won from Cuba, a true international resonance. In Spain, the habanera became very popular and spread from there. Arrival in Europe, the habanera relates soon with cultured music and the high aristocracy.

The dance habanera is essentially a romantic song: loves and heartbreaks, but the contemporary war of independence (at the end of the 19th century), gave it a patriotic, vindictive nature on both sides: he sailors who from the bar were singing full of nostalgia for the Cuban land and of a lot of loves left there.

On the contrary, in the land of its birth, the habanera was replaced by other popular genres as the “danzon” or the “bolero cuban” (which has nothing to do with what was the Spanish bolero). Bolero, with simpler texts, would therefore occupy the place of the Cuban patriotic song, while the habanera followed the path towards European lyric art.

The habanera that we know today is fruit, especially of non-Cuban authors, those who developed this musical style, especially Sebastián Iradier, author of the famous “La Paloma”, considered by some as the first habanera.

This “bel” canto, that given its development, many musicologists have called it like “singing of going and return”, it became more popular in Spain than in the original Cuba.

Coastal cities and villages in whole Spain have made it their own and it remains as a source of inspiration for many composers. Bilbao, San Vicente de la Barquera (Cantabria), Miranda de Ebro, Guecho, Portugalete (both in Vizcaya), Totana (Murcia), Huelva, Cádiz, Torrevieja, Villajoyosa or Denia (Alicante), they are lands where this genre is still alive.

All of these populations have festivals of habaneras that relive this genre. Among them stands out above all the international contest of Habaneras and polyphony of Torrevieja, which fame has led to the habaneras and since 1955 leads to Torrevieja choral societies from around the world to play this music. The competition has been declared by the Ministry of trade and tourism of Spain as an event of international tourist interest. Another example is the Cantada d’havaneres de Calella de Palafrugell Costa Brava (Girona) every first Saturday of July since 1966.

Surprise the roots existing of the habanera in Mayorga (Valladolid), a village of the Castilian plateau in which is celebrated since 1993 the Habaneras Trovada of Mayorga. Possibly this tradition of habaneras existing in this inland town dates back to more than a century ago, when many mayorganos went and very few returned, of the war in Cuba in 1898.

Soller, also holds annual habaneras festival known as “La Trobada D’havaneres”, unique in the entire island of Mallorca, and that is celebrated usually every September on the sand of the beach of Repic in Port de Sóller.

This September, 2015, during the 18th, 19 and 20, there has been carried out another edition of “Trobada d’Havaneres” in what it seems to be already one more tradition of the people of Sóller, where they conjugate of artistic form the history of Spain and the continuous and imperishable contact between Spain and America; contact that Soller has been a part of, and has left a deep imprint on the face of the historical Soller valley and its inhabitants.