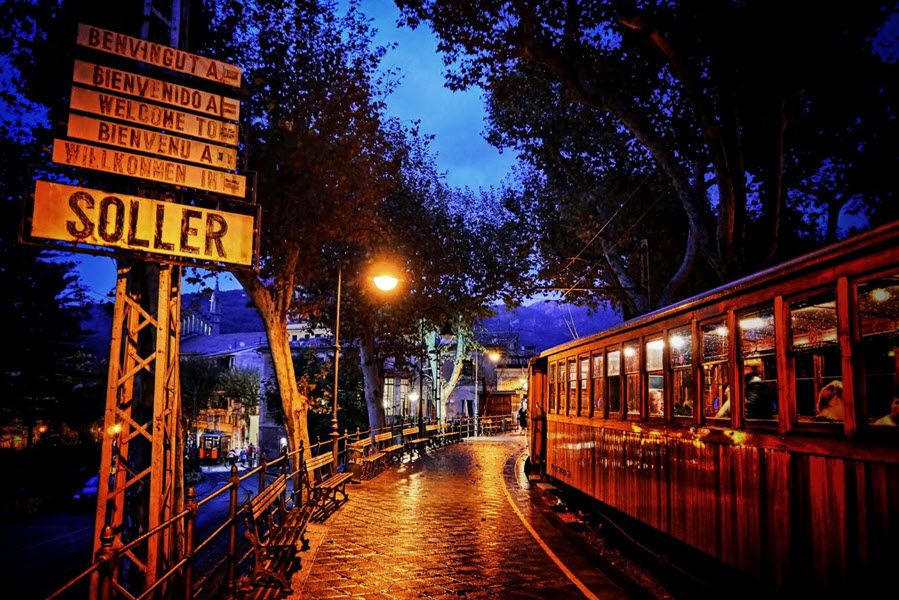 Today, travel by train to Soller remains a unique experience if you want to know about the history and the life of this village and its inhabitants, as well as commemorate one of the historical passages that have profoundly affected the evolution of Majorca.

At the beginning of the twentieth century, Sóller enjoyed a booming industry and of its famous orange groves, and had the urgent need to overcome the isolation that considerably limited its development. Insulation caused, as already mentioned, by the wild and complicated geography surrounding the Valley. The majestic setting of mountains of your environment, and that prevented the transport of goods and passengers to and from the port of Palma as well as with the rest of the island, which already had by then, with a Mallorcan railway network in boom. 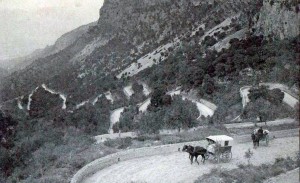 Try to put yourself in that moment. To go towards the island’s capital, Palma de Mallorca (about 29Km), needed to take a stagecoach and save the mountains, climbing and descending called “Coll de Sóller”, a dirt, narrow and steep road, and all a torment for draught animals. As witnesses of that time, can still be found along the current road from Sóller Inns serving for the rest and refreshment of animals and passengers, today converted into restaurants.

It was a Solleric, Jerónimo Estades, provincial deputy and businessman, who attempt realize a rail system between Soller and Palma de Majorca, commissioning the study initially of a railway that will pass through palma-sóller Valldemossa and Deyá. The authorization of this railroad was requested in 1893. However, this project was discarded by the huge economic cost represented.

Years later, in 1903, the industrial Juan Morell proposed the construction of a direct palma-sóller railway which would pass under the Sierra de Tramuntana Mountains, below the “Coll de Soller, through a tunnel. Although this idea had no echo in the beginning, a year later reappears in scene Jerónimo Estades who recasts this project by commissioning the drafting thereof to the engineer Pedro Garau. The study is made public on November 15, 1904, in the municipality of Sóller, receiving the support of the inhabitants of the city. Jerónimo Estades was determined to make reality the famous Sóller train and only provided two possibilities: either the train is built or the train is built. There only was a doubt in his mind: when. 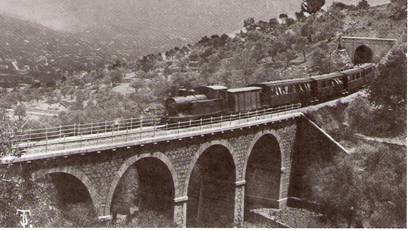 By train to Sóller, 19th century

The construction of the railway was commissioned to the building contractor Luis Bovio, buying to Ferrocarriles de Mallorca a small locomotive 020T “Made In England” by “The Falcon Engine & Car Works Ltd,Loughboroug”, manufactured in the year 1891 and with the number of factory 198. This locomotive was the maneuvers tractor in the port of Palma for the tram line that crossed the city of Palma. He baptized this locomotive with the names of his daughters: “María Luisa”, and such wonderful service of this locomotive was provided, which even today are remembered their feats during the construction of the railway.

The works were started on June 3, 1907, simultaneously, from Palma and Sóller. After a year, the brigade which had left Palma became Bunyola, where they faced the major challenge of the line: the Sierra de Alfabia, which must be crossed by a tunnel of 2856 m which spread to the other side of the sinuous “Coll de Sóller”. Tunnels and trenches had to be excavated. On 19 August 1911, “Maria Luisa”, arrived at the viewpoint “de’s Pujol de’n Banya”. On 30 September of the same year the first works train arrived to Soller.

The small locomotive “Maria Luisa” accounted for the honor of inaugurating the line unofficially, carrying a saloon car provided by the Company of the Ferrocarriles de Mallorca with creators and promoters of the completed project: Jerome Estades, Pedro Garau, along with Antonio Maura, on October 7, 1911. 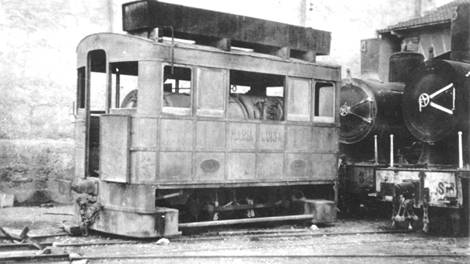 Locomotive, Maria Luisa, 1940 in the reservoir of Sóller

The official inauguration took place on April 16, 1912. The locomotives no. 1 “Sóller” and the no. 2 “Palma” were responsible for bringing the inaugural convoy, while the no. 3 “Buñola” was waiting for the arrival of his companions to Sóller. All the rolling stock of the Ferrocarril de Sóller is launched that day, the three locomotives of Maquinista Terrestre y Marítima (M.T.M.) and the six cars manufactured by Carde & Escoriaza. This day went down in history and it is remembered on a global scale, not for the sóller train, but because it coincided with a maritime disaster that shocked the world, the “Titanic” had sunk on its maiden voyage.

The Sóller tram started to build after having opened the line of railway from Palma to Sóller. The project for this line was designed and directed by Pedro Garau, and 4,868 meters of track are tended. On 4 October 1913 was inaugurated the Majorca’s first electric tram line between Sóller and Port de Sóller.

Although the Sóller tramway was designed for the transport of passengers, it was also used for the traffic of goods to the port. In a small isothermal wagon transported fresh fish from the Port to Soller and trailers carrying coal to the former military base of submarines in Port de Sóller, to the factory of “el Gas”; as well as mines and torpedoes transported from the powder keg of Caubet.

On 14 July 1929 was inaugurated the electric traction between Palma and Sóller, hundreds of people came together to welcome the inaugural convoy, first direct tourist services Palma-Puerto of Sóller on trips combining train and tram can be made in 1930. Four brand-new automotive Carde & Escoriaza-Siemens Schuckert-Brill of 33 tons and 360 horsepowers each one. 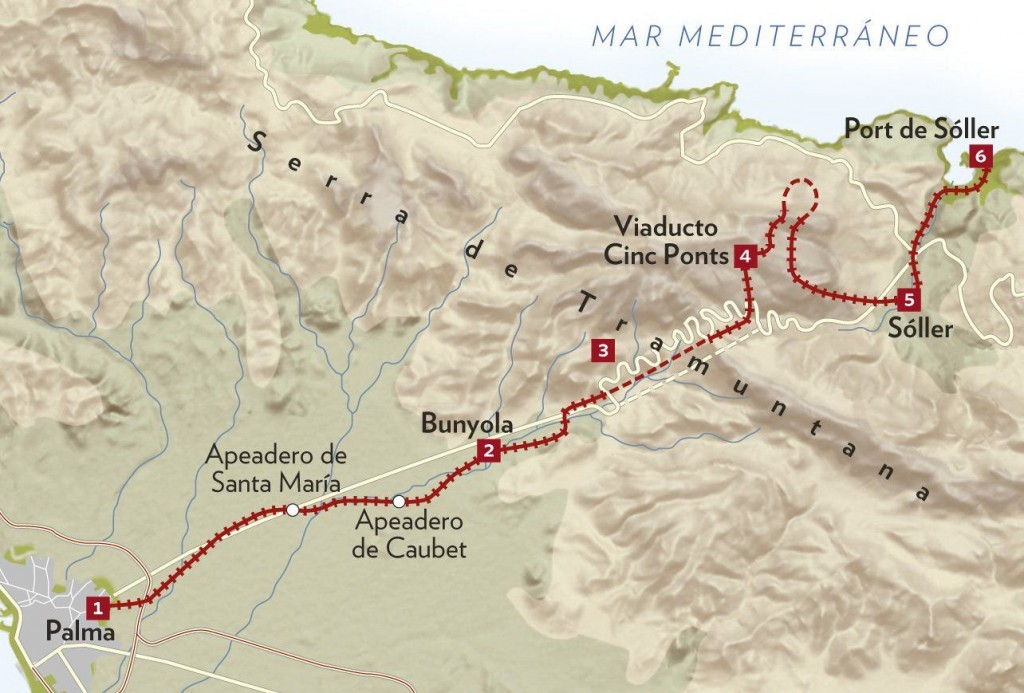 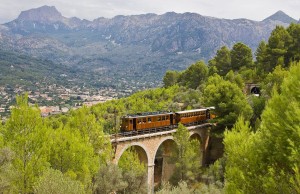 Since then, the train of Sóller was the way of suitable transport that was allowing and improving the communications between Sóller valley with the rest of the island. In just over an hour, the passengers from the beginning of the century could cover the distance between Palma de Majorca, the capital of the island, and Sóller, saving the wild and complicated geography surrounding the valley. In addition to the passengers’ transport and goods of all kinds, the Sóller train was fulfilling another extremely important function to maintain the heart of the sierra de Tramuntana joined with the rest of the world; it was the messenger entrusted to move the whole mail.

From the day that the Soller train made its first journey, its wagons replaced the postal carriages, transporting the big sacks full of letters that were traveling more rapid shortening significantly the effective time of the communications. We are talking about early last century, period in which a letter could take months or years, to reach its destination. 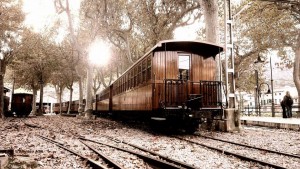 The train station in Sóller

Today, the Soller train is the subject of controversy, between those who praise it by its tourist attraction, its charm and its historical value, and by those who criticize it for not longer be a practical way of transport and the rates are prohibitive. Aside from the controversy, the truth is that, at least once in life, go by train to Soller, recreating the landscapes, the old roads that were used centuries ago, and living first-hand the nostalgic passing of time in this island, it is still a unique experience. Both for the visitor and for those of us who live in the valley of Sóller. 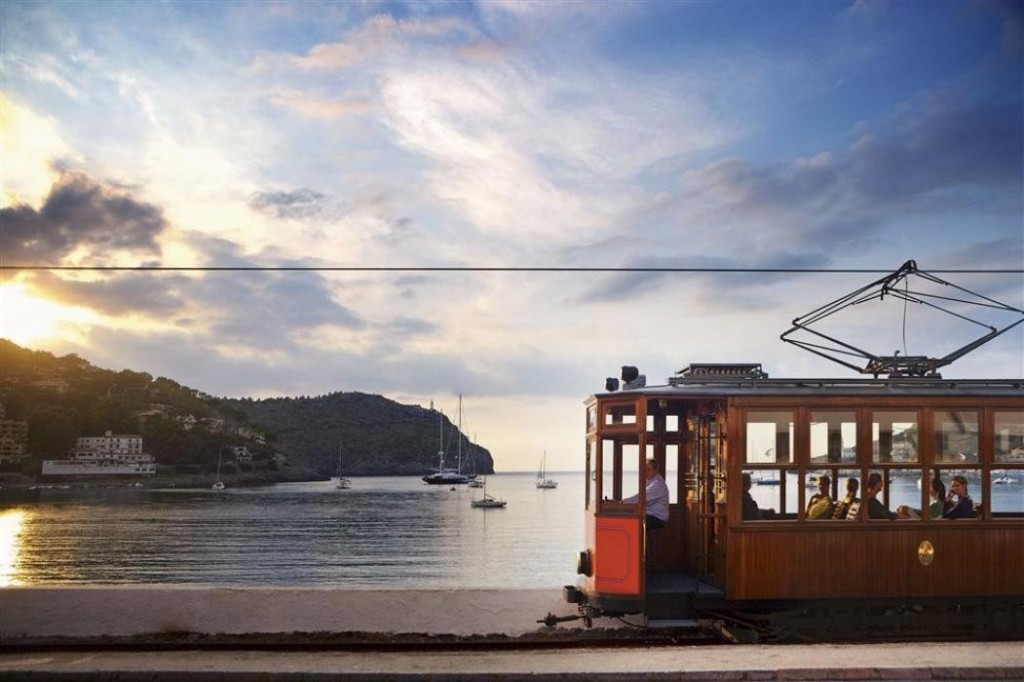